According to the 1841 English census and other documents, Edward Caporn was born in Scotland, as were his next older and younger siblings. At the time, their father, Samuel Caporn from Buckinghamshire, was working as a game keeper and bailiff at Scone Palace in Perthshire.

When he was nine years old, Edward’s family emigrated from England to Perth, Western Australia. In 1895 he was fined for ‘furious riding’ in Aberdeen Street. 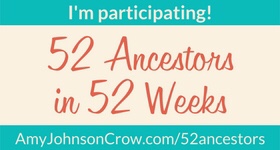